So as mentioned night one was a huge culture shock. So let’s hope we can turn it around!

After packing our bags we head to grab breakfast in our hotel downstairs. In order to avoid any premature bowel issues we opt to just eat a cake which seemed the safest option. We used this time to sort out of a few bits of life admin (banking, blogging, emails etc) and then decided to head over to the hotel where we were staying with GAdventures.

Apparently all the taxis were fully booked so we were recommended a tuk tuk. I’ve personally never been in one of these before so it was one hell of an experience. Our luggage managed to fit into this one tin Tuk Tuk and we were on our way. 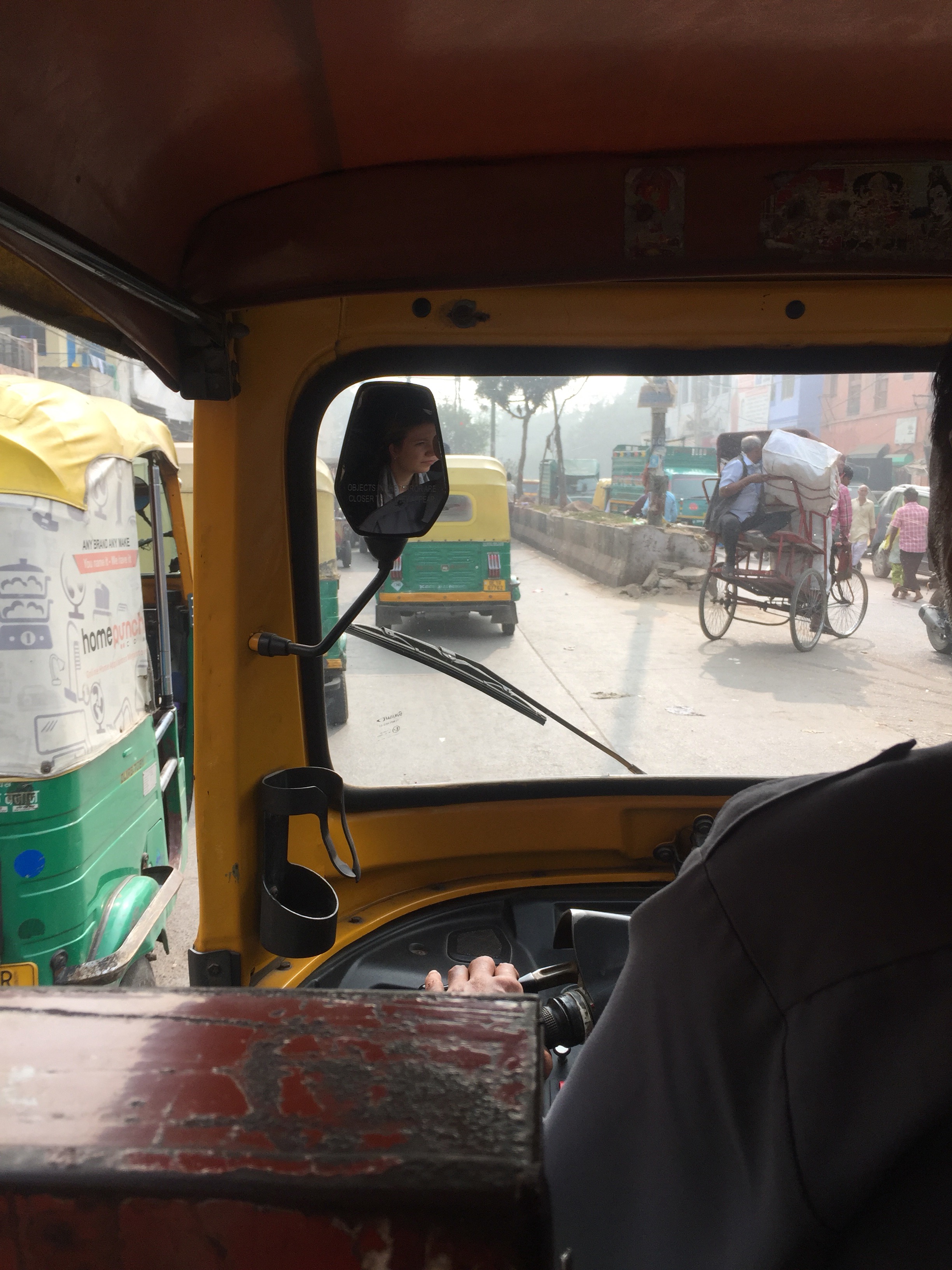 I’m not going to lie to you. Initially, it was one of the most terrifying things I have ever done! But after a few minutes you just learn to take it for what it is – a life experience. And after that it was very enjoyable! They definitely have a skill when driving… there are certain gaps they’ll go for which I would never attempt in the U.K. They take the meaning of “near miss” to a whole new level.

The one thing I would say about Delhi is that it is extremely crowded. There are people everywhere. People, Cars, Animals (including wild cows) just roaming around. It’s absolute chaos. But in a sense it’s unique and amazing at the same time. Slowly but surely I was settling into India and even starting to enjoy it. You definitely need to acclimatise though. 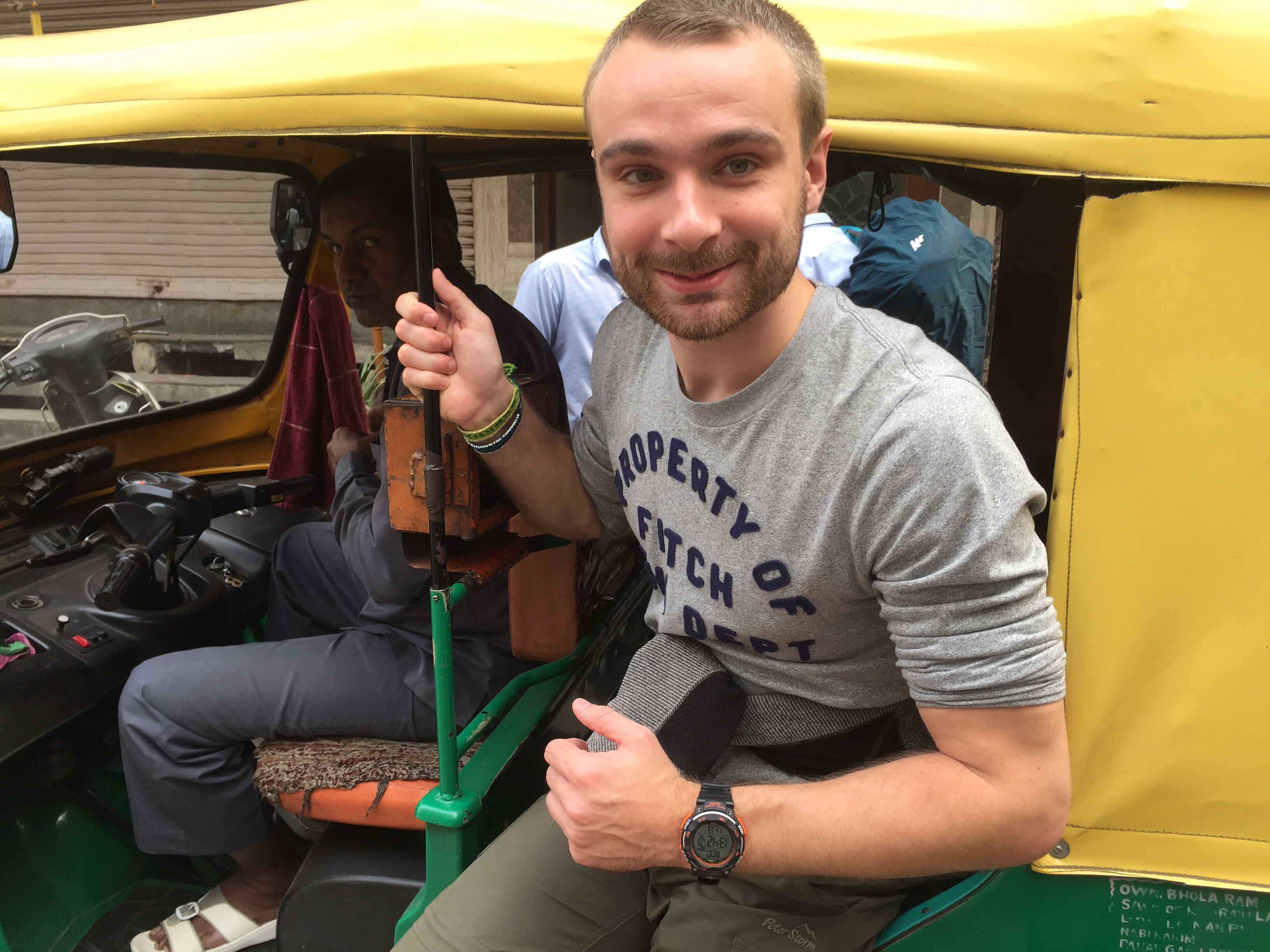 We arrive at our hotel, drop our stuff in the room and then plan to head out into Delhi and see some sights before our group briefing at 6pm. Lets see what we can find!