The bus journey was long and on a public bus. However, it wasn’t as bad as I had imagined it to be. The only downside was that me and Katie were sat at the front and the horn for the bus was so loud that anytime it was used it would instantly wake us up. And in India they love to overuse the car horns.

When we arrived at the City where we were getting on the sleeper train we went to visit the Gandhi Ashram. This was a place built in dedication to Gandhi and was interesting. However, it wasn’t as good as I thought it would be… honest opinion. 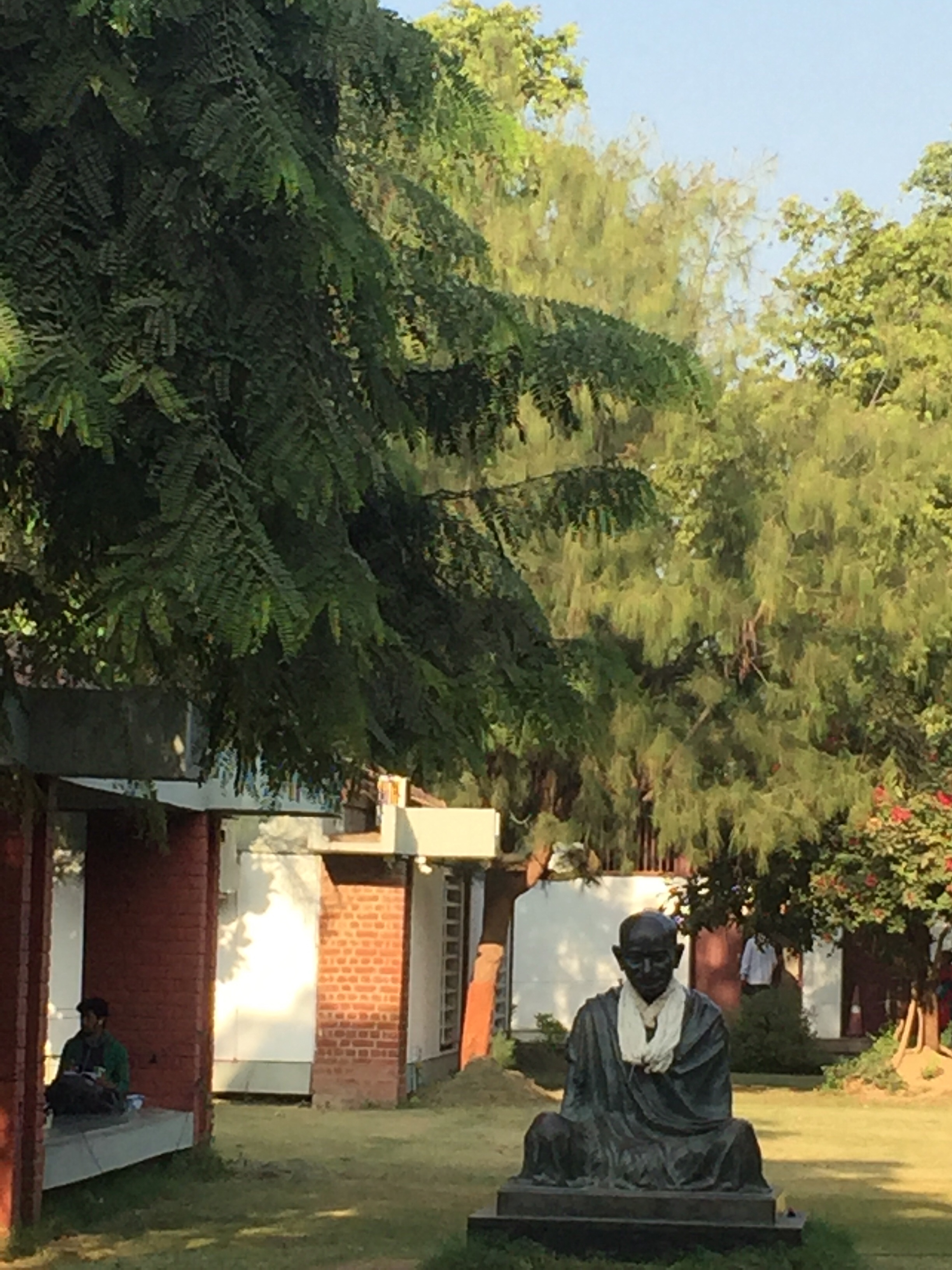 Once we had finished at the Ashram it was about 4pm. We were taken to the local Mall where we could grab food, buy a few souvenirs and freshen up before the train journey. The train was departing at 10pm so we only had a few hours to kill. After getting food we just chilled in the Arcade at the Mall to pass the time. At 8.30pm we left the Mall to head to the station and wait for the train.

I’ve only seen a sleeper train on YouTube so I’m basing my imagination on that one video. Hopefully it’s a bit better than that one.

When the train arrived it didn’t look like much from the outside but when we got inside it was actually better than I thought. Each person is given a pillow, 2 sheets and a blanket for the journey. I was on the top bunk with a few people from our group in the same section as me. A few others were in the same carriage but further down in another section.

It wasn’t the most comfy nights sleep I have ever had but it definitely wasn’t as bad as I had imagined. I made it a little more uncomfortable for myself because I wanted to keep my backpack close with all my important belongings and valuables so I basically slept with that right next to me in the bed.

We arrived into Mumbai at 6.30am. I managed to get quite a bit of sleep but I think everyone felt a bit sweaty and dirty from wearing the same clothes. A shower was needed!