Definitely feeling much more fresh on day two in Hoi An! In the morning I went for some coffee and a bite to eat in the town which was cool. It’s pretty chilled and the Vietnamese coffee is amazing!

Once we got back to the hotel we were given a set of push bikes to go on a cycling tour around the town. As mentioned in my last post we did this in India and it was really cool. 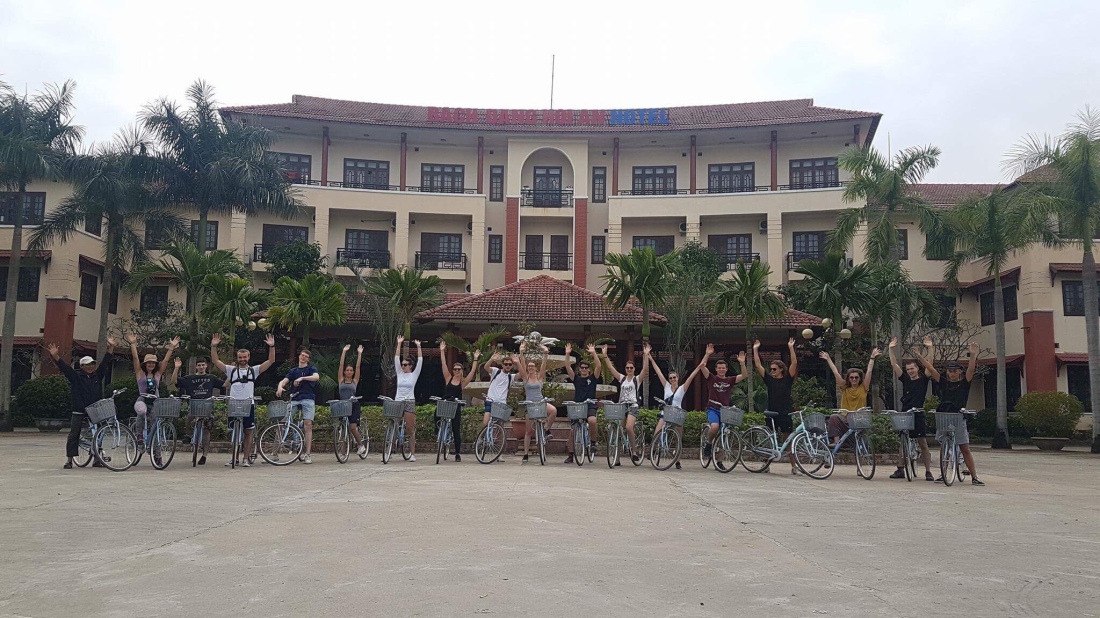 The weather wasn’t too bad for the cycle tour and we set off at around 2pm. The tour was due to last a few hours and included a water buffalo ride. I used the GoPro strap again which worked well before but it was a bit of a pain because I needed to continuously hold the GoPro facing upwards.

We saw so many cool sights on the trip and went to different farmers villages. As part of the trip we stopped at a village and met one of the oldest couples in Vietnam. They have been married for 70 years and the women’s smile was beaming when she came out of the house. They were quite iconic in Vietnam due to a famous photographer taking their picture a number of years ago and it becoming one of the popular postcards. It felt like a privilege meeting them.

A bit further down the road we stopped so people could ride on a water buffalo if they wanted. The buffalo was 26 years old and a female. It was very docile and used to humans. They are impressive creatures but you wouldn’t want to get hit by one at any speed because it’ll probably kill you. It was a cool experience.

After this we carried on for another 30 minutes or so and then went to a small river where we were able to get into some floating bamboo baskets and row around the river. It was very chilled and the sort of experience you’d be looking for on a trip to Vietnam.

We got a bigger boat back to the mainland for dinner in the evening. Our CEO had organised a table for us at the local street food market. The food was incredible and the inevitable happened… a night out. Again, we all drank way too much and it got very messy. It was a fun night out tho!